Parking Industry at a Crossroad 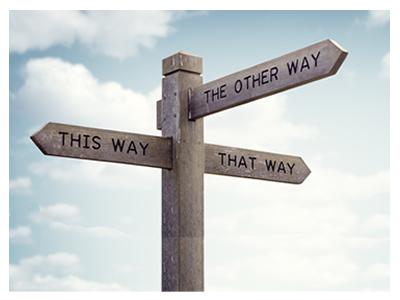 Where to from here?
The Australian market is somewhat unique, with A REITS owning the majority of the commercial carparks in capital cities and their secondary markets, including North Sydney, Parramatta and Chatswood. They usually require a lease from an independent entity to conform to tax laws relating to trading trusts.

Not only have property prices surged over the past decade with prime yields in Sydney and Melbourne firming by over 30%, but parking rates have also increased, especially in the hourly casual categories creating an expectation of continued revenue and rent increases. But there is a disconnect here which I will go into in greater detail later.

The large office tenants of the REITS have been very good at reducing their space requirements per person from around 1:15 to 1:10 (or even lower) over the past decade. To do this they have borrowed an innovation from the parking industry – the unreserved overlet, which was developed by Laurie Wilson in the 1960’s, and renamed it "agile working". The tenants have taken this to a new level using data from employee’s occupancy within the tenancy to have a complete understanding of use and movements within tenancies.

The REITS have adapted to the tenants and are providing increasingly sophisticated end of trip facilities, wellness centres and their own shared office spaces, plus vastly improved energy efficiencies and smart lifts.

The last significant innovations for the parking industry occurred around 15 years ago, when networked access control equipment (such as SkiData, Schiedt and Bachmann) for car parks allowed centralised control rooms to greatly reduce on site staff, quickly resolve problems at entries and exits and provided data on where problems occur. Since then only on line booking systems would rate as an innovation and have proven successful in the all day and weekend markets.

Access control equipment is expensive – around $150,000 for a one in/out and a pay machine. Installation and conduits will be around 35% of this cost. On top of this are annual updates and repairs which add another 4% to the cost. And equipment is proprietary and is not user friendly. Even if there were alternatives ,the scale of the three largest operators will make a transition to any new system extremely challenging.

The REITS are dissatisfied with the lack of innovation from operators and are looking for greater engagement, flexibility and data from the industry. And this will not come from aggregators, who prevail through Europe and the United States where highly fragmented markets make them a viable option. Even if they were to gain a foothold in Australia their model of taking no market risk in return for a ten to fifteen percent clip of the ticket would not work for the REITS and would not be acceptable to large operators, whose margins are in the low single figures with all the commercial and regulatory risks attached.

There is a final layer to be added to the cake – which is the shift in the industry following the Matthews brothers selling Secure Parking to Park 24 in 2016. The effect has been at two levels.

Secure has lost almost all of its parking IP – with Brett and Garth Mathews, David Knight, Josh Thornley, Rohan Mathews and Peter Seales leaving the business, plus long-term accounting and administration staff. This represents over 100 years of high level and expert knowledge of the industry and the business. The business is now in a transformational state with Peter Anson formerly of digital marketing company Salmat appointed as CEO.

Prior to the sale, the bidding at tenders was beyond competitive with Wilson and Secure and to a lesser extent Care putting forward rents on extremely thin margins even before overheads. In several cases these turned into significant loss makers. And remember we are talking about rents of between $2 and $5 million per annum, with fixed 4% plus increases. On management deals, fees were no more than $2k per month! Almost every management deal would be a loss maker after proper allocation of all administrative overheads.

Moreover, the take up by tenants of monthly parking spaces (or even locked in long term licences) continues to slide as they focus on their costs and public transport slowly improves. These parkers are generally replaced with lower yielding all day products – which are more volatile as they are a daily licence. Occupancies remain very high but yields are decreasing.

Think about it as a Qantas flight that used to be 60% business class seats and is now 20% business class with the remaining 80% comprised of varying degrees of discounted economy (or even premium economy) seats. The plane is still full - but the revenue is much lower.

Operators have countered this with stronger increases in hourly casual rates – which are now some of the most expensive in the world. As a result, the casual volumes continue to decline. Uber and Lyft have exascerbated the problem.

And I must put my hand up here and bear some responsibility from my time as CEO of Wilson Parking.

As an example, we should look at 175 Eagle Street in Brisbane – and older A grade building on the edge of the Golden Triangle. For drive up customers (who are the majority of casual hourlies) a one-hour stay will cost $41.00 a two hour stay $71.00 with a maximum fee of $82.00. Substantial discounts are provided to online pre booked customers, but they make up less than 10% of customers.

If you want to delve deeper, simply go through the web pages of Secure, Wilson and Care to get a better understanding of the issue.

So why is the industry at a crossroads?

A large number of leases that have come up for renewal/tender or are in the process have seen or will see rent reversions, and in some cases quite significant. Operators are unable to absorb or pass on Levy increases beyond CPI and are unable to take on that risk.

ParkScience knows of at least three recent tenders that have seen rents decrease by over $500,000 per annum. At a capitalisation rate of 6% this represents a drop-in asset value of $8.3 million. This will continue for the next two or three years as old leases expire. Loss making or fine margin leases are no longer being aggressively pursued for market share.

It is likely incentives will become more prevalent in leases; much the same way as commercial office leases are structured. Some owners will look at interim management agreements in the hope the revenues will recover before entering longer term leases. The more substantive impact will be on private owners, developers and single asset funds who will not enjoy the benefit of increasing office rents and decreasing cap rates in the Sydney and Melbourne office markets.

Revenues are generally (with a few exceptions) either flat-lining or falling and cannot support rent increases beyond 2%. The emotion in the industry has subsided and shifted towards commercial levels of returns. Cost saving are difficult. Wilson amalgamated their ParkWatch control room with Wilson Security in 2016 only to reverse it recently. Parking and Security control rooms have a completely different function and customer type. Secure have recently moved their control room offshore and it will be interesting to see how this affects customer service and car park yields.

Neither owners nor operators are satisfied at the moment – and both parties have grounds to substantiate their positions.

During my 30 years working in the industry I have never seen the market like this. It represents a unique opportunity for operators to change their business model based on vastly improved access control technology, that is focused on benefiting the customer and clients. It will provide data and knowledge of the customer that will (perhaps) finally allow the operators to gain some form of loyalty (beyond price) from their customers. It will be flexible enough to integrate with the coming generation of in car devices that will communicate directly with the car park and tenant experience platforms. And an opportunity for owners to look beyond the three to five year time frame that is focussed on the highest rent offered.

Technology will also allow large office tenant parkers greater flexibility and visibility for their parking requirements. This will add a new challenge for operators and owners as tenants will require fewer bays and use them more efficiently - just as they do with their office space. It will favour the larger operators with their databases, integrated digital platforms and ability to anlyse data and trends that can can move very quickly. No access system on the market provides all of this – or is even close to doing so despite claims to the contrary. On top of this is complex integration into an FMS. Deep pockets, clear strategy and planning are required. Even if this is achieved, implementation across hundreds of sites will be another challenge.

Operators are at a crossroad. Which path will they take?