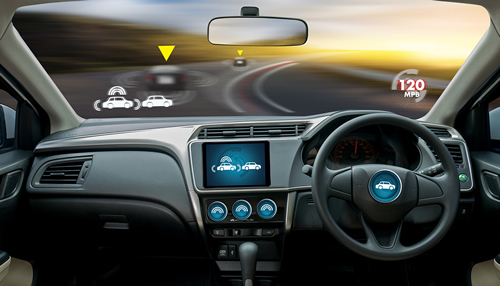 what are the potential disruption outcomes

The most common question I have from clients and business contacts is about autonomous vehicles and their impact on the parking industry. This includes the physical assets as well as operational businesses. Views range from severe disruption to parking operators (in the same way Uber has disrupted taxis) to opportunities for owners of large centralized assets (such as airports) to create their own mobility businesses.

The actual number (despite massive rebates and tax incentives) was only 300,000.

So where are we in the autonomous driving evolution in 2017?

Probably just off the bottom of Level 0 – where people control the car and are starting to see automated features in vehicles such as emergency braking and lane assist. These will encompass a level 1 and 2 type automation. It will be at least 5 years until we see a significant number of these cars on the road.

The next step will be semi-autonomous vehicles, which are categorized as Level 3 . This will see vehicles taking over driving functions under less complex situations – such as highway driving without complex intersections and pedestrian movements. This will require substantial increases in functional safety levels and system redundancies as the vehicle will need the driver to re-engage in certain circumstances. A uniform technology solution (sensors/cameras etc…) is yet to be adopted.

Categories 4 and 5 will see fully autonomous vehicles prevail, where no driver intervention is needed under any circumstances.

To achieve this three technology pillars will need to be mastered.

Mapping – path awareness and foresight with built in redundancy

Legislative – includes who gives way, merging traffic – and the mores of different countries norms. For example, the hook turn in Melbourne CBD.

On top of the technology and legal challenges there is the issue of penetrating the existing “driver” market.

There are currently about 13.8 million registered passenger vehicles on the road in Australia – with new car sales around 1.15 million per annum. BMW is looking to launch the first fully autonomous vehicle in 2021 – and is likely to be in the more expensive end of the market initially. Clearly it will take a considerable amount of time for the sale of fully autonomous vehicles to firstly be a significant proportion of annual vehicle sales, then as a proportion of total registered passenger vehicles.

The issue is better framed about when autonomous vehicles will have an impact in Australia and on parking assets and operators. The most aggressive date would be in 15 years’ time – and more likely closer to 20 years. So ample time for the industry and its players to evolve.

If you are an asset owner and took the view it was closer to 15 – or even 10 years, and the impact would be substantial, there are still options to realise value.

With asset values being pushed up by cheap debt, de risking portfolios is readily achievable. The sale of 114 Flinders St in Melbourne for $120 million on a sub 4% yield is ample testimony – and it is not in the top tier of parking assets. Operators are also selling at a premium – Park 24 bought Secure on a 17 times multiple – and has just bought NCP in the UK (with the Development Bank of Japan) on a 13 times EBITDA multiple. And NCP is asset light.

Clearly the market has few if any immediate concerns about the impact of autonomous vehicles.

The more pressing issue for operators and owners is how to position yourself for the impact of the connected vehicle through the in-car display – as it becomes the hub of communications to and from infrastructure and parking assets. This is happening now. BMW already have cars that can pay for petrol through their display. Have a look at what INRIX is doing in this space and you will see the gap between where the technology is at the moment and how far apart the assets, operators and their systems (including access control systems) are. Voice recognition now allows a driver to see what parking is available, book a spot and get guided to the car park. The in-car display should connect to access control equipment to allow entry and exit and authorize payment – so no tickets or access cards.

One only has to look at the primary method of entry to a carpark – by proximity card or paper ticket – to see how the access control suppliers have undertaken little innovation since early 2000 when networked solutions allowed for control rooms to drive efficiency. These proprietary access systems make an operators job of being flexible to deal with a large number of customers wanting simple functionality – such as sharing bays very difficult. Why do we make customers have to physically swap cards to get access to a carpark? Why cannot a large corporate client not manage its own bays – to take advantage of vacant spaces for visitors or travelling employees?

The use of cameras on entries and exits has come from outside the industry – however the “real” matched read rates and complexity and cost of set up remain a substantive impediment to wide acceptance.

The biggest innovation has come from a small player – DIVVY – using smart devices for access, which is the front runner for the technology.

Without access control equipment that communicates with smart devices – in car or hand held – taking advantage of connected vehicles is not possible. And the connected vehicle is the first real step to autonomous vehicles.

It will be interesting to see which parking operator gets ahead of the curve – and just as importantly who will supply the technology.