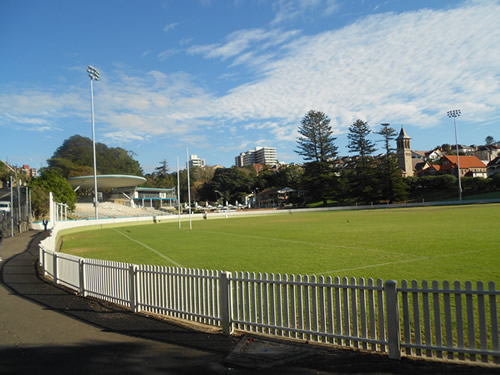 In 2014 in my role as CEO of Wilson Parking I examined a number of expert reports provided by Manly Council on selling the Whistler Street car park (342 bays in the centre of Manly CBD) to a developer and having a third party build a 760 bay car park under Manly Oval – some 200 metres away from Whistler St and the CBD. Within 30 minutes I had come to the conclusion it was not an economic proposition and one that Wilson or any other operator would look to undertake.


I then wrote to all Councillors (in my role as a concerned ratepayer) advising them of the considerable commercial problems and risks the project faced – and after I left Wilson Parking became heavily involved with a community action group (Save Manly Oval Alliance) formed to stop Council from proceeding after the only responses I received back were from two independent councillors.

Throughout 2016 I addressed community meetings, retailers and commercial stakeholders, assisted SMOA with financial and risk analysis for submissions and met with Mike Baird – Member for Manly and at the time Premier of NSW to demonstrate why the MOC proposal was simply uneconomic.

In essence the MOC was estimated to have revenues of $1.8m in 2017 – however the better located Whistler St car park had only $1.4m in revenues in 2014. MOC was 200 metres further from the prime generators with retail patrons having a 150 metre tolerance to walking. Vehicle volumes were forecast to increase from 835 to 1,176 cars per day.

The assumptions they were working from were, in my view simply unachievable and would result in a financial train wreck for the ratepayers – who were taking on the development and long term revenue risk.

My analysis showed revenue shortfalls of between $1.1 and $1.45m per annum.

The tender price to build the new 500 bay MOC was $27.0m plus a number of provisional items and assumptions.

The estimated total cost from the SMOA experts was $43.3m

In addition to providing this information, I had lengthy discussions on the financial assumptions, why people park and how far they will walk with the two independent experts appointed by Northern Beaches Council (NBC) to review the project- which was formed following the amalgamation of Manly,Warringah and Pittwater Councils.

The independant reports (done by Ernst and Young and Value Networks on behalf of NBC) recommended the project should not proceed and the DA lodged by the previous Council was subsequently withdrawn by NBC. A great win for Manly ratepayers.