A World of Unknown Unknowns 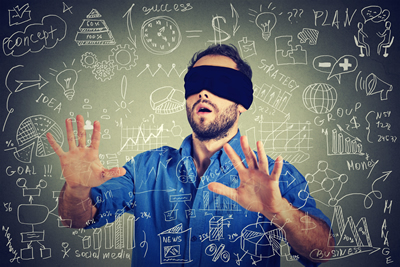 A consistent theme of my newsletters over the past three years has been risk as it relates to the parking industry, especially for those companies that have substantial lease commitments. Some of these risks are well known – such as tenants moving or parking levies.

Parking operators in Australasia and Europe have been working on net margins of less than 10% with substantial fixed rentals. They are now in a world of pain as a result of an unknown unknown - COVID-19.

The recent release by Park24 of their financial results for the first half of the financial year (ending 30 April 2020) provide a unique insight into the impact. Park24 is the largest operator in the world and has grown since its commencement in Japan in 1971 including acquisitions over the past three years through Australasia (Secure Parking Australia, New Zealand, Singapore and Malaysia) and the UK giant NCP.

The acquisitions were covered in the November 2017 ParkScience newsletter, which covered the substantial transactional risks associated with entirely different markets and aggressive earnings forecasts in highly competitive markets. ParkScience examined known knowns, known unknowns – but did not foresee the unknown unknown of COVID-19.


The table below summarises the turnaround in the Japanese and Offshore businesses as a direct result of COVID-19.

Looking at the financials, it is important to appreciate that the impact of COVID-19 commenced in late March and was at its most severe in Japan from 7 April, when the State of Emergency was declared. In Q1 the Park24 Japanese parking business had a 15.9% operating profit margin, which dropped to 8.4% in Q2. In effect the decrease in sales and profit can be attributed to the final two months under review.

The 2019/20 recurring profit (forecast) has dropped from $A340m to a loss of -$A333m – of which -$A27m occurred in the first half. This is the first loss the company has incurred since listing in 1997. A recovery of 5 to 10% in net sales per month is forecast from June, reaching approximately 85% by October 2020. This is the key to medium term fortunes of Park24 – and the major Australian and UK operators who rely on a leasehold model.

The issues around the Offshore businesses ( NCP & Secure) are more problematic.

You may recall the future earnings of Secure (before amortisation of goodwill) were forecast at $A15.6m (annualised) for year ending June 2017 rising to $A22.35m in 2019.

The offshore businesses (NCP & Secure) are under enormous pressure – moving from a half year profit of $A9.05m in 2019 to a $A24m loss from October 2019 to March 2020. They close their half year a month earlier than Japan to allow for consolidation. Declining trade as a result of COVID-19 impacts only one month and appears to be a small factor in the reported losses.

No breakdown is provided on the forecast losses for the second half of the year, however the offshore losses will see a material increase as the full impact of COVID-19 will be felt.

Park24 has a strong balance sheet and the 2019/20 losses approximate the previous year’s profits. These can easily be absorbed, in addition to the likelihood of substantial impairments as a result of the NCP and Secure acquisitions, which totalled approximately $A516m.

How revenues recover will determine the impact on all leasehold operators.

ParkScience has been bearish on the recovery from the start and our position is unchanged. Secondary outbreaks have already struck Melbourne and Auckland (causing a complete lockdown), and various European and American cities with far worse infection rates per capita are trying to keep their economies open. Further outbreaks and lockdowns will occur.

Behaviours in respect of parking, car sharing, entertainment, travel and employment have changed, and are unlikely to quickly revert to pre COVID patterns – or may never do so.

For a leasehold model that has traditionally worked on a net margin of between 5 and 10% there is no room to move.

In Australia almost every legacy lease will be unprofitable, and the only way operators will be able to turn them around is when they expire. Fortunately, the days of 10 year straight terms are gone – however even with a WALE of 3 years the loss making will continue as it is likely that normalised revenues (whenever COVID is eradicated) will be around 10 to 15% below their pre COVID comparatives.

The industry was at a crossroads before COVID-19, which will continue to cause seismic change and disruption for operators and owners alike in a compressed time frame.

Operators will no longer write leases with limited upside (due to profit share clauses) and unlimited downside.

The leasehold model in Australia that has been used since 1970 is broken.

It will evolve rapidly – as operators will not take on COVID type risks (and I suspect retailers will be the same) however lessors need predictable income streams for valuation and (in the case of REITS) taxation purposes.

In the interim, competitive tenders have effectively ceased as there is no appetite from operators to take on the risks associated with competitor’s sites and have far more pressing problems negotiating with lessors on loss makers. This may take another two years to resolve itself.

The operators themselves will have to change, with innovation through technology delivering more flexible B2C and B2B platforms being paramount, as the habits around CBD workers, entertainment and retail industries are undergoing structural upheaval.

Deep pockets and the ability to keep, develop and motivate experienced parking executives through difficult times is the other essential element. Data on its own will not be enough.

We are now in the world of unknown unknowns.

Hold onto your hats, this is going to be a wild and unpredictable ride.