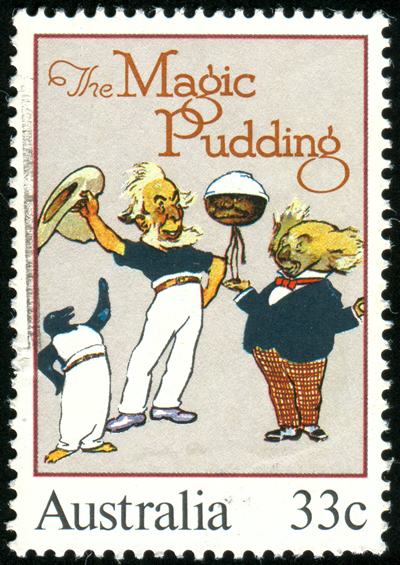 One of my favourite books growing up in late 1960’s Perth was The Magic Pudding – written and illustrated by Norman Lindsay. It was a road story with a rag tag bunch of very Australian characters trying to prevent an even motlier crew trying to steal their Magic Pudding.

The pudding (who was more cantankerous than the Gallagher brothers) would simply reform, no matter how much was eaten of it.

This brings me to the single largest misstep for owners and operators in Australia over the last 30 years – the introduction of a Parking Levy in NSW in 1992, which was simply a tax grab dressed up in a green mantle from a business sector that had little or no public support. It spurred Victoria and W.A to follow suit.

The NSW Parking Space Levy Act 1992 imposed a Levy on parking spaces within The Sydney and North Sydney CBD (Category 1 at $200 pr annum) and secondary areas including Chatswood, St Leonards and Parramatta (Category 2 at $100 per annum). It had the dual goal of discouraging car use and funding projects to encourage public transport.

The POA (comprising all the major parking operators) lobbied very hard against it, and gained one important concession in respect of vacant bays not being liable. A second concession on limiting increases to CPI lasted but 5 years. The property industry split between retailers and commercial owners. The retailers Association managed far reaching concessions on retail carparks being exempt, except in Category 1. This remains unchanged.

This had (and has) been one of the most inequitable and illogical exemptions. For example in Chatswood the 190 bay Chatswood Interchange carpark underneath an office tower was paying Levy, although it was turning over less than 250 vehicles Monday to Friday.

Directly opposite Westfield Chatswood with over 3,000 bays turning over more than 15,000 cars a day, seven days per week was exempt. Anyone who has visited Chatswood on a weekend knows what real congestion is.

The POA tried to gain support for a complete lockdown of all Sydney CBD carparks – which would have had a minimal impact on congestion as they contributed to around 8% of the CBD traffic. Congestion in the Sydney CBD is primarily the result of through traffic, commercial traffic and traffic circulating the streets looking for on street parking bays, that are the preferred option for parkers – and the cheapest. On street bays are also exempt from Levy.

Unfortunately, there was little support for this quite radical and confrontational proposal.

For those interested in fact-based studies on congestion should read “The High Cost of Free Parking” by Professor Donald Shoup of UCLA.

What BOMA (the predecessor to PCA) did achieve was to insert a clause in the Act that overrode leases to allow owners to pass the Levy on in full to lessees – which were the operators. Recall at that time the WALE on parking leases was close to 10 years. The problem became one for lessees.

The Victorian legislation is even less equitable. Bays are leviable even if they are unoccupied and not contributing to congestion. With four lockdowns in Victoria to date, occupancies in CBD carparks remain subdued as only 45% of workers returned to the office through April and May. June and July will be lower again.

In 1999 Brett Mathews and I, on behalf of POA engaged a PR team and put forward detailed fact based evidence the Levy was ineffectual against congestion and should be rescinded. The final meeting we had was with The Minister for Transport and after presenting our case he looked at us and said words to the effect that the budget was under pressure and the Levy would remain. No point by point repudiation of our arguments. We were bunnies in the spotlight.

So why is this such a problem for the property industry?

Someone has to pay for the Levy. Lessees and operators are not a Magic Pudding.

The average unreserved parking rate across the Sydney CBD is around $8,000 per annum – of which $2,490 goes directly to the Government. The average earlybird rate of around $25 per day comprises just over $10 in Levy. Levy is the single largest factor in parking rate rises over the past 20 years. I recall selling unreserved bays in The Atrium on Pitt St in 1990 at $475 per month – around $5,700 per annum. Add in Levy and rates have not moved.

As Levy grew exponentially from 2000 onwards, rents have been impacted as lessees either have rent as a gross amount including Levy or cap their liability to CPI increases.

In the short-term lessees bore the Levy burden – in the long-term property owners bear it. Levy is simply another tax on property. For standalone carparks it is a multiple of all other Government and Council charges imposed on property.

In 2021 the NSW Government will collect around $110 million in Levy. Without this there would be a substantial increase in the value of every building that has a carpark in it. Using a capitalisation rate of 6%, the $110m foregone income equates to a capital loss of over $1.8 billion across commercial properties in Areas 1 and 2 of the Levy.

Pollution control licences in NSW only generate $26 million per annum.

The S.A. Government tried to introduce a Levy in 2014. The operators, PCA and local investors had learnt from what had happened in NSW, VIC and W.A. and became engaged with the carpark owners to exert pressure through the Liberal opposition and cross benches. Adelaide has a slightly different ownership profile, being predominantly larger private groups who were personally engaged at the highest level to fend off the impost. Former Premier Jay Wetherill walking off stage at a PCA lunch after Adam Lanson invited him to refute the facts about Levies being totally ineffectual against congestion, was a highlight of the campaign.  It was the first time a Levy had been successfully contested and a great model when QLD moves down this path.

The Magic Pudding had a happy ending. It was rescued from the villainous possum and wombat and ended up living a life of ease in Benjamin Brandysnaps’s Garden.

Clearly happy endings are only for children’s books.